It would be impossible to try to capture Preston W. Bennett’s skills in one word, but the word that comes closest is multidimensional. That’s because he can be likened to the hub of a wheel with spokes radiating from the center.

Consider that his professional life so far has included:

But underlying his demonstrated professional entrepreneurial talents was his overriding passion (and successful proficiency) – Basketball.

In his early days, beyond showing his own prowess on the basketball court, Bennett continued his love of the sport by mentoring and coaching youth basketball. He coached high school basketball in Las Vegas at Silverado High School and worked the AAU team, Mad Moves. He took his teams to a new level after attending the 2007 Adidas Coaches Clinic along with Bill Self (current Kansas University coach for KU), three-time NCAA championship coach Bobby Knight and other highly esteemed coaches.

Bennett later took his knowledge and experience to Thailand where he became a founding member and, Vice President and General Manager of the Bangkok Tigers Professional Basketball Team. He is joining the team paid dividends from the very start.

As a start-up venture in 2018, the Tigers had 14 days to put the team together and begin their 1st season. Bennett met that deadline by helping to put the team together by recruiting players using his NBA contacts in the USA and further developing his contacts in Europe and Asia. Although a fledgling team, the Tigers placed 5th out of 10 teams in the Thailand Basketball League (TBL) in its inaugural season.

In the 2019 season, Bennett continues his key role with the Tigers but additionally has been branched out be more active as an agent in recruiting players from Southeast Asia including the Philippines, Vietnam, Laos and Malaysia. More and more players have come to know him as a valued and reliable source to help them progress in their careers.

Educated at DeVry University in Naperville Illinois and North American University in Denver Colorado, Bennett honed his disciplined approach and attention to detail while serving not only in one branch of US military service, but two: The United States Army and The United States Marine Corps. Throughout his remarkable storied career, Bennett has fulfilled the Marine Corps motto: Semper fidelis. 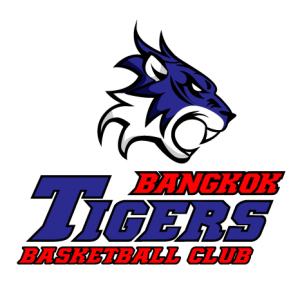